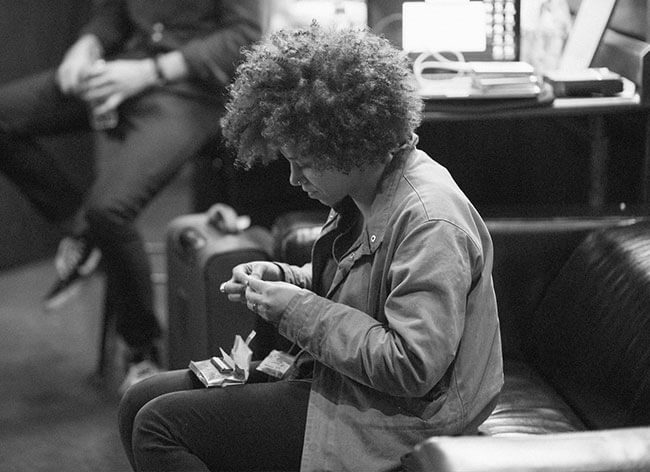 Check for shows...
Now based in Minnesota but with roots in the Deep South, Chastity has the “ability to distill Southern blues and plaintive North Country prairie influences into expansive, alluring folk songs” (The Current). She is a powerful new voice with the ability to warm, comfort and challenge. She’s been hailed by NPR, CMT, American Songwriter, The London Times, and Paste Magazine as a songwriter to watch and has appeared on UK television on Later… with Jools Holland.

Chastity, whose mother grew up in a large Irish family in Boston and whose father was an African-American jazz/blues musician, was born in the north-easterly state of New Hampshire, and moved down to Union City in Tennessee when she was seven years old. Growing up near Memphis, she became transfixed by roots music from an early age. When she first began writing music, she struggled with this influence as she was not exposed to many soul musicians writing “folk” music.

Growing up in a full Gospel church was where Chastity found her voice and passion, but after being kicked out of seminary college for having a same-sex relationship — she was studying to be a worship leader — she found her voice as a songwriter.

As a woman of colour, she’s as influenced by authors as musicians. she says, “I have always memorialized the civil rights movement, the heroines and heroes that arose to sing the songs, write the rousing speeches, sit at the counters, mobilize in the streets. That with their actions and simply just the way they lived they would declare that black lives are sacred, are beautiful, that they matter.”

“It’s because of these reasons that I write for and from the marginalized experience,” Chastity says. “For the truly triumphant spirit that’s been through some shit, and has fought her/his way through it to maintain a sense of dignity and peace of mind. I write from the cultural influence and the perspective of being a bi-racial woman; of being just as much one thing as I am the other. I write from the feeling of being within yet apart.”