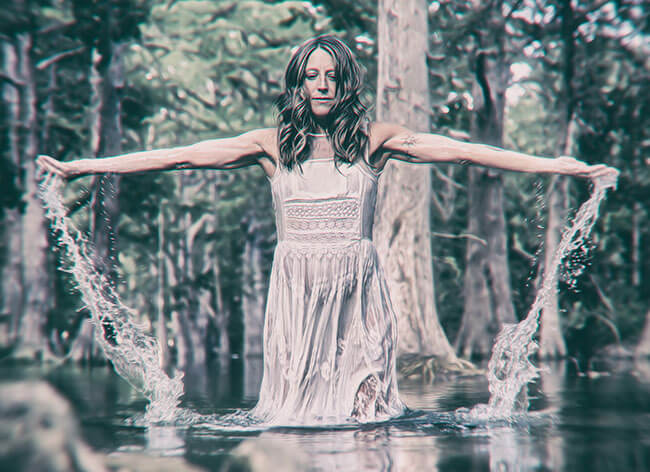 The eagerly awaited new solo album from Carrie Elkin ‘The Penny Collector’, her first in six years, is set for release on April 7th. In the years since her last solo release ‘Call It My Garden’ Elkin has toured as a member of the Sam Baker Trio and in a duo with her husband Danny Schmidt while she has faced both heartbreak and joy in her personal life. Much more about Carrie Elkin, the new album and her upcoming tour dates follows:

The Penny Collector is Austin, Texas-based singer-songwriter Carrie Elkin’s long-awaited new solo album. After touring extensively as a featured vocalist with the Sam Baker Trio and as a duo performer with her husband Danny Schmidt, this is Elkin’s highly anticipated return to her solo work.

Written in a year that was bookended by the birth of Elkin’s first child and the process of caretaking her father through the dying process, The Penny Collector is a poet’s momentous stroll full circle around the human lifecycle in one single year. It’s a journey that is beautifully told, fragile and heartbreaking at times, joyous and raucous in others.

And Elkin once again delivers the powerhouse vocal performance that people have come to expect, with delicate waves of intimacy that build to astonishing crests and crashes of intensity.

About The Penny Collector

The Penny Collector is about ushering in new life and honouring old life. It’s about standing in that sacred space where the celebration of life meets at both ends. In June of 2015, Elkin learned of her father’s terminal condition with pancreatic cancer, cancelled her tour schedule, and went to Atlanta to be with him through the last month of his life. Caring for someone that close with you, holding their hand through the exposure of that final phase of life, was an incredibly powerful experience, heart wrenching, but also precious and beautiful in its connection. And it was magnified all the more by the fact that Elkin was simultaneously going through the fertility process, and preparing the emotional fields for planting new seeds.

“I can hear the heartbeat in everything around me.” The song ‘New Mexico’ opens the album and speaks to the heightened perception we have in times of grief, for all the tiny givings of life that more usually go unnoticed and unappreciated. ‘And Then The Birds Came’ wishes her father a final goodbye and a prayer to the world that it might more completely understand what a gift it had been given with that life. “The birds they wanted him. They knew he’d help them fly.”

The title, The Penny Collector, was chosen in honour of Richard Elkin (1942-2015). As Elkin says in the liner notes: “My dad was a lifelong penny collector. Not just the ‘collectible’ pennies, but rather every penny he could get his hands on. In the process of cleaning out his basement we discovered that, in his lifetime, he had collected approximately 600,000 special little pennies, neatly rolled and lovingly kept. My dad had a way of finding value and delight in the tiny things that other people might walk right past.”

The Penny Collector is Elkin’s sixth solo album, and the first she’s released independently since her two critically acclaimed Red House Records releases. Originally from Cleveland, Ohio, Elkin’s career has taken her near and far, from sharing the court with Michael Jordan for the national anthem, to sharing the Ryman Auditorium stage with Emmylou Harris, to sharing two tours with the hit podcast Welcome To Night Vale as their special musical guest. Now Elkin is settled down in Austin, TX with her husband, fellow songwriter Danny Schmidt, and their beautiful newborn daughter, Maizy Rae Schmidt.