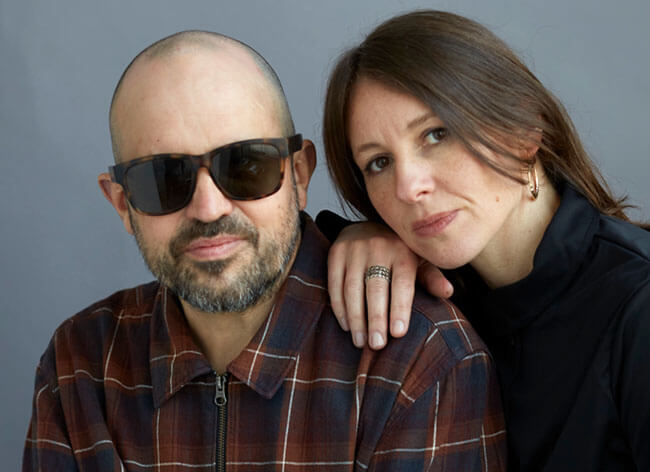 Morton Valence are a London-based alternative country duo, formed around the vocal pairing of Anne Gilpin and Robert ‘Hacker’ Jessett. They describe their music as ‘urban country’.

Their recorded work and live performances have been acclaimed by both audiences and critics in the UK and Europe. They are noted for their idiosyncratic songwriting style, which is very much informed by Americana, but with a heart and soul firmly rooted in the UK, creating something that is not only both familiar and innovative, but also 100% authentic.

They have worked with a number of noted artists, including Alabama 3, The Band of Holy Joy, and most recently BJ Cole, who produced their forthcoming album, and occasionally plays with them live.

Anne has a background in dance and the visual arts, graduating from the Trinity Laban Conservatoire of Music and Dance, forging a career in the word of contemporary dance, where she connected with Hacker while they were both working for V-Tol Dance Co.

Although their musical journey kicked off in the world alternative rock, Anne and Hacker’s natural ability to sing vocal harmony, their mutual love of traditional American roots music, Hacker’s time in Alabama 3 and his penchant for writing narratives, were all elements which led them instinctively into country music.

Inspired by the songs of John Prine, Nancy & Lee and The Carpenters – which they take as a cue and feed through their own distinctive homegrown filter – they write and record prolifically, and have garnered a loyal following in London. Picking up number of accolades along the way, such as ‘Record of the Week’ on Radcliffe and Maconie’s BBC Radio show for their song ‘Chandelier’, the ‘Fopp/PRS Award’ for best new band, glowing reviews in the glossy magazines like Mojo, Q and Uncut, and were quoted in the Guardian as being ‘just about the most intriguing band on these shores’.

Finally, they settled down, finding a natural home at Cow Pie Recordings, home to Hank Wangford, BJ Cole and Ags Connelly. With the initial release of their gothic Americana album, ‘Black Angel Drifter’ in 2020, and a forthcoming eponymously entitled album, produced by BJ Cole, due for release this coming October.