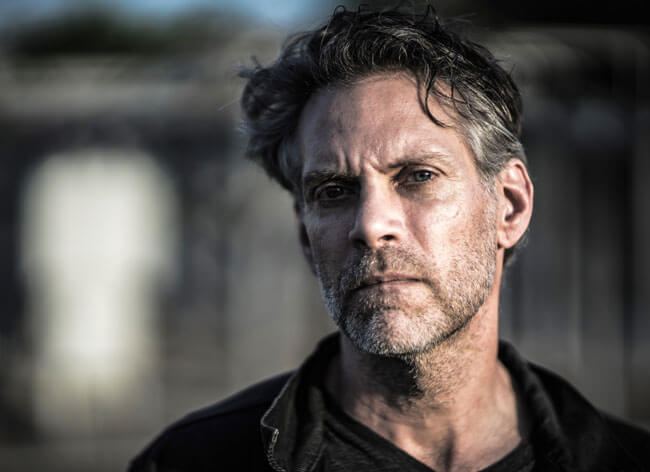 Many of the songs on Tell The Truth & Shame The Devil were prompted by a health scare that rattled Picott through the winter of 2018/2019. Physicians don’t make telephone calls at night. If they do, you take it seriously. “I’ve already called in a prescription. They’re waiting for you. Your heart is about to either A) seize up or B) jump out of your chest and it will be messy. You don’t have enough paper towels if B happens).” It took several weeks to chase down the devil causing the heart issue during which Picott also underwent back surgery (five blood pressure checks until they gave up and said “I guess we’ll just do it anyway…”) In the end, this week’s long event of a freight train banging away in his chest informed Picott’s new album profoundly in both the writing and the recording. Alone with his modest recording gear, Picott set about making an album as honest, raw and uncontrived as his spine would allow. Already known for the intimacy and vivid narratives of his previous work, Tell The Truth & Shame The Devil opens the door wider still. Picott’s health is now in check.

The question recording artists always ask themselves is “What record do I want to make?” There are endless ways to make a great album. Robert Johnson recorded the most influential blues recordings ever made, in a hotel room in Texas. Bruce Springsteen laboured over a single song – Born To Run for nine agonizing months. But what happened to Rod Picott this past winter made something very clear this time around. He wanted to make an album that was completely stripped of anything other than the songs. He wasn’t looking for perfect takes. He was looking for the right takes. Picott was hunting magic and wanted to tell the truth of who he is as a songwriter and human being walking this rock. The album starts and ends with a few seconds of nature to let you know this album is different. Picott recorded all the tracks alone, at home, with no engineer then turned them over to Neilson Hubbard to mix. This is the most personal group of songs Rod Picott has released and in some ways, it is a memoir in song. It’s also by far the most intimate recording he’s made. It’s all in the title – Tell The Truth & Shame The Devil. He did just that. The truth is in every string squeak, false start, missed chord and in the writing as well. The devil is gone…for now.